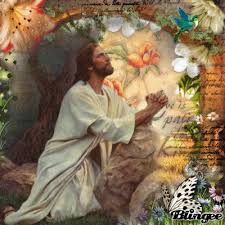 God is in charge of the world

Is it not reassuring to know that God is King of kings?

For the Lord is a great God, the great King above all gods.

When the godly are in authority, the people rejoice. But when the wicked are in power, they groan. A just king gives stability to his nation…

Presidents, kings, and other ruling officials should be honored and prayed for. So wrote the apostles Peter and Paul, who lived under the Roman emperors. But we must never forget that the King of kings and Lord of lords deserves our ultimate honor and complete allegiance.

This hymn appeared anonymously in George Whitfield’s Hymn Book, published in 1757. It is usually attributed to Charles Wesley, but was probably published anonymously for a good reason. Scholars think Wesley wrote this hymn as an imitation of the English national anthem, “God Save Our Gracious King.” The national anthem had just been written, and it had become popular throughout England. This hymn may have been Wesley’s way of keeping priorities straight.

Whether the author was trying to remind us that there is an almighty Kind greater than any earthly ruler, or whether he was simply writing it as a special hymn for Trinity Sunday, it is a grand and noble hymn praising our sovereign Lord.

Adapted from The One Year® Book of Hymns by Mark Norton and Robert Brown, Tyndale House Publishers (1995), entry for February 24

God is in charge of the world

Is God really in charge today?

Lord, in the beginning you laid the foundations of the earth, and the heavens are the work of your hands. Even they will perish, but you remain forever. They will wear out like old clothing. You will roll them up like an old coat. They will fade away like old clothing. But you are always the same; you will never grow old.

Moses told the people, “Don’t be afraid. Just stand where you are and watch the Lord rescue you. The Egyptians that you see today will never be seen again. The Lord himself will fight for you. You won’t have to lift a finger in your defense!”

Wars, starvation, disease, natural disasters — when we see all the pain in the world, it is easy to wonder if God is really in control. This passage assures us that however unpredictable, fearsome, and seemingly out of control the world is, Christ is Lord and King of all. Although we fully understand how he exercises his authority over daily events, we can trust fully that eternity is his and that we, adopted children of God, will exist in eternity long after the present trials are over.

For more on this week’s promise, see examples in The One Year® Book of Christian History by E. Michael and Sharon Rusten, Tyndale House Publishers (2003) — one of our source books for God’s Daily Promises.

What happened on this date in church history? From ancient Rome to the twenty-first century, from peasants to presidents, from missionaries to martyrs, this book shows how God does extraordinary things through ordinary people every day of the year. Each story appears on the day and month that it occurred and includes questions for reflection and a related Scripture verse.