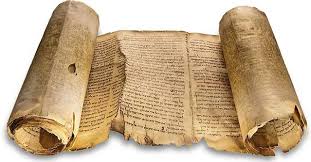 “He was numbered with the transgressors.”
Isaiah 53:12

Why did Jesus suffer himself to be enrolled amongst sinners? This wonderful condescension was justified by many powerful reasons. In such a character he could the better become their advocate. In some trials there is an identification of the counsellor with the client, nor can they be looked upon in the eye of the law as apart from one another. Now, when the sinner is brought to the bar, Jesus appears there himself. He stands to answer the accusation. He points to his side, his hands, his feet, and challenges Justice to bring anything against the sinners whom he represents; he pleads his blood, and pleads so triumphantly, being numbered with them and having a part with them, that the Judge proclaims, “Let them go their way; deliver them from going down into the pit, for he hath found a ransom.” Our Lord Jesus was numbered with the transgressors in order that they might feel their hearts drawn towards him. Who can be afraid of one who is written in the same list with us? Surely we may come boldly to him, and confess our guilt. He who is numbered with us cannot condemn us. Was he not put down in the transgressor’s list that we might be written in the red roll of the saints? He was holy, and written among the holy; we were guilty, and numbered among the guilty; he transfers his name from yonder list to this black indictment, and our names are taken from the indictment and written in the roll of acceptance, for there is a complete transfer made between Jesus and his people. All our estate of misery and sin Jesus has taken; and all that Jesus has comes to us. His righteousness, his blood, and everything that he hath he gives us as our dowry. Rejoice, believer, in your union to him who was numbered among the transgressors; and prove that you are truly saved by being manifestly numbered with those who are new creatures in him.

“Let us search and try our ways, and turn again to the Lord.”
Lamentations 3:40

The spouse who fondly loves her absent husband longs for his return; a long protracted separation from her lord is a semi-death to her spirit: and so with souls who love the Saviour much, they must see his face, they cannot bear that he should be away upon the mountains of Bether, and no more hold communion with them. A reproaching glance, an uplifted finger will be grievous to loving children, who fear to offend their tender father, and are only happy in his smile. Beloved, it was so once with you. A text of Scripture, a threatening, a touch of the rod of affliction, and you went to your Father’s feet, crying, “Show me wherefore thou contendest with me?” Is it so now? Are you content to follow Jesus afar off? Can you contemplate suspended communion with Christ without alarm? Can you bear to have your Beloved walking contrary to you, because you walk contrary to him? Have your sins separated between you and your God, and is your heart at rest? O let me affectionately warn you, for it is a grievous thing when we can live contentedly without the present enjoyment of the Saviour’s face. Let us labour to feel what an evil thing this is–little love to our own dying Saviour, little joy in our precious Jesus, little fellowship with the Beloved! Hold a true Lent in your souls, while you sorrow over your hardness of heart. Do not stop at sorrow! Remember where you first received salvation. Go at once to the cross. There, and there only, can you get your spirit quickened. No matter how hard, how insensible, how dead we may have become, let us go again in all the rags and poverty, and defilement of our natural condition. Let us clasp that cross, let us look into those languid eyes, let us bathe in that fountain filled with blood–this will bring back to us our first love; this will restore the simplicity of our faith, and the tenderness of our heart.

He was despised and rejected — a man of sorrows, acquainted with the bitterest grief. We turned our backs on him and looked the other way when he went by.

O sacred Head, now wounded, with grief and shame weighed down, now scornfully surrounded with thorns Thine only crown; how pale Thou art with anguish, with sore abuse and scorn!
How does that visage languish which once was bright as morn!

What language shall I borrow to thank Thee, dearest Friend, for this Thy dying sorrow, Thy pity without end? O make me Thine forever; and should I fainting be, Lord, let me never, never outlive my love to Thee.

A profoundly personal and awesome vision

Although Bernard was one of the most influential Christians of the Middle Ages, settling disputes between kings and influencing the selection of popes, he remained a devout monk, single-minded in his devotion to Christ.

In his own day Bernard was known as a preacher and churchman; today he is remembered for his hymns of praise. “O Sacred Head, Now Wounded” comes from a poem originally having seven sections, each focusing on a wounded part of the crucified Savior’s body — His feet, knees, hands, side, breast, heart, and head. The text of this hymn compels us to gaze at the cross until the depth of God’s love overwhelms us. Bernard’s hymn pictures God’s love, not as an abstract theological statement, but as a profoundly personal and awesome vision of the suffering Christ.

Our Holy Week readings are adapted from The One Year® Book of Hymns by Mark Norton and Robert Brown, Tyndale House Publishers (1995). Today’s is taken from the entry for March 28.

Jesus, says stewardship theologian T. A. Kantonen (1900-1993), is pointing out in this passage and in the parallel passage in Matthew 19:28-30 that the disciples will have a reward in heaven. He tells the disciples that they will also sit on twelve thrones, judging the twelve tribes of Israel (Mt 19:28).

The Lord first directs the attention of the disciples away from the expectation of an immediate earthly recompense and places the thought of reward in the context of the final consummation of the kingdom.  steward of the kingdom, a partner of the Messiah, is not [like a hired laborer waiting to be paid]  (Job 7:2). His eye is upon the glorious fulfillment of the divine purpose in which he is privileged to share. The point of this phrase of the reply may be illustrated by the replies of three men engaged in a building project to the question of what they were doing. One said, I am laying bricks.  Another said, I am making twenty dollars a day.  But the third replied, I am building a church.

While the ultimate goal is the heavenly kingdom, Mark’s version indicates that there is also to be recompense in this present age (Mk 10:30) ”but with persecutions”.  Kantonen remarks:

The joys of the kingdom are experienced here and now, not merely in some distant future. But they do not provide a carefree utopia, but strength with which to face the hardships of a hostile world. To emphasize the unique character of the reward as a sovereign gift of God, which does not depend on mens own efforts, both Matthew and Mark conclude with the Lord’s words, But many [who] are first will be last, and the last first.  Matthew then proceeds to record the parable of the laborers in the vineyard, in which every trace of merit disappears altogether, and everything, the reward as well as the opportunity to work, is a matter of divine grace. In the light of this teaching it is obvious that the gospel gives the concept of reward a new meaning quite different from its ordinary connotation of compensation or remuneration for services rendered.

Author and personal wealth adviser Alan Gotthardt maintains that this is a vital issue for the Christian steward of material resources: Without question, the rewards for Christians who are faithful in this life will be great. This includes faithfulness with their material possessions.  But Gotthardt also asks another question worthy of reflection: Is it selfish for a Christian to seek eternal rewards?  It is certainly possible to have wrong motives related to giving or anything else we do as Christians, for that matter.   [However Paul] was clear in his writings that salvation is by faith alone. Crowns and other rewards result from our actions here on earth.

Thanks for mercies past receive,

Pardon of our sins renew;

Teach us, henceforth, how to live

With eternity in view.