Jesus Sends Out the Twelve

9Â When Jesus had called the Twelve together, he gave them power and authority to drive out all demons and to cure diseases, 2Â and he sent them out to proclaim the kingdom of God and to heal the sick. 3Â He told them: â€œTake nothing for the journeyâ€”no staff, no bag, no bread, no money, no extra shirt. 4Â Whatever house you enter, stay there until you leave that town. 5Â If people do not welcome you, leave their town and shake the dust off your feet as a testimony against them.â€ 6Â So they set out and went from village to village, proclaiming the good news and healing people everywhere.

7Â Now Herod the tetrarch heard about all that was going on. And he was perplexed because some were saying that John had been raised from the dead, 8Â others that Elijah had appeared, and still others that one of the prophets of long ago had come back to life. 9Â But Herod said, â€œI beheaded John. Who, then, is this I hear such things about?â€ And he tried to see him.

10Â When the apostles returned, they reported to Jesus what they had done. Then he took them with him and they withdrew by themselves to a town called Bethsaida, 11Â but the crowds learned about it and followed him. He welcomed them and spoke to them about the kingdom of God, and healed those who needed healing.

12Â Late in the afternoon the Twelve came to him and said, â€œSend the crowd away so they can go to the surrounding villages and countryside and find food and lodging, because we are in a remote place here.â€

13Â He replied, â€œYou give them something to eat.â€

They answered, â€œWe have only five loaves of bread and two fishâ€”unless we go and buy food for all this crowd.â€ 14Â (About five thousand men were there.)

But he said to his disciples, â€œHave them sit down in groups of about fifty each.â€ 15Â The disciples did so, and everyone sat down. 16Â Taking the five loaves and the two fish and looking up to heaven, he gave thanks and broke them. Then he gave them to the disciples to distribute to the people. 17Â They all ate and were satisfied, and the disciples picked up twelve basketfuls of broken pieces that were left over.

AP) – The Southern California church headed by popular evangelical Pastor Rick Warren said his 27-year-old son committed suicide today. Warren’s Saddleback Valley Community Church near Los Angeles said in a statement that Matthew Warren had struggled with mental illness and deep depression. “Matthew was an incredibly kind, gentle and compassionate young man whose sweet spirit was encouragement and comfort to many,” the church’s statement said.“Despite the best health care available, this was an illness that was never fully controlled and the emotional pain resulted in his decision to take his life.” Rick Warren, the author of the best-selling The Purpose Driven Life, said in an email to church staff that he and his wife had enjoyed a fun evening yesterday with their son. But Matthew Warren took his life today after “a momentary wave of despair at his home.” Over the years, Matthew Warren had been treated by America’s best doctors, medication, counselors, and prayers for healing, Warren said.

PRAYER: LET US LIFT UP THE WARREN FAMILY IN THIS TIME OF LOSE AND EMOTIONAL PAIN THAT ONLY FATHER GOD, HIGH PRIEST JESUS AND THE HOLY SPIRIT CAN HEAL!!  AMEN

Jesus is my hope and trust 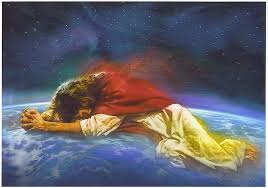 Jesus lives, and so shall I: Death, thy sting is gone forever! He for me hath deigned to die, lives the bands of death to sever. He shall raise me from the dust: Jesus is my hope and trust.

What difference does Christ’s resurrection make? Is it just a happy ending to an otherwise tragic tale? No, of course not. Jesus had to rise, as Peter eloquently stated at Pentecost. It was impossible for death to defeat the Lord of life. The Resurrection proves that Jesus was the Son of God. Our faith is built on this solid foundation. As Paul wrote, “If Christ has not been raised, your faith is futile; you are still in your sins.…If only for this life we have hope in Christ, we are to be pitied more than all men” (1 Corinthians 15:17, 19). But He has risen! And as Jesus promised His disciples, “Because I live, you also will live” (John 14:19).

Without Christ, human life is merely prolonged death. Everything is decaying. But Jesus gives us eternal life, which radically changes our life on earth. Not only do we have eternity to look forward to, but we have the power to live in right relationship with God and others right now in our daily lives. Jesus is our hope for the future and our trust for each day. Praise Him!

Our “Resurrection Week” readings are adapted from The One Year® Book of Hymns by Mark Norton and Robert Brown, Tyndale House Publishers (1995). Today’s is taken from the entry for April 2.

Error: Twitter did not respond. Please wait a few minutes and refresh this page.