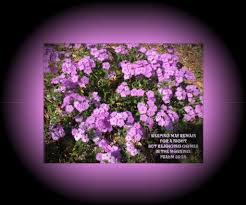 Her name means: “God is my oath”

Her character: A descendant of Aaron, Elizabeth was a woman the Bible calls “upright in the sight of God.” Like few others, male or female, she is praised for observing all the Lord’s commandments and regulations without blame. She is the first to acknowledge Jesus as Lord.
Her sorrow: To be barren for most of her life.
Her joy: To give birth to John, later known as John the Baptist, the Messiah’s forerunner. His name, divinely assigned, means, “The Lord Is Gracious.”
Key Scriptures: Luke 1:5-80

Her eyes were a golden brown. Like currants set in pastry, they winked out at the world from cheeks that had baked too long in the sun. Snowy strands of hair straggled from beneath a woolen shawl, tickling her wrinkled face. Small hands rested tenderly on her rounded belly, softly probing for any hint of movement. But all was still. From her vantage point on the roof of the house, she noticed a figure walking up the pathway and wondered who her visitor might be.

She and Zechariah had been content enough in their quiet house these last few months, secluded in their joy. Each morning she had opened her eyes as though waking to a fantastic dream. Sometimes she shook with laughter as she thought about how God had rearranged her life, planting a child in her shriveled-up, old-woman’s womb.

Six months ago, Zechariah had been chosen by lot to burn incense before the Most Holy Place, a once-in-a-lifetime privilege. But during his week of priestly service in the temple, he had been frightened half to death by a figure who appeared suddenly next to the altar of incense. “Your wife Elizabeth will bear you a son,” the angel told him, “and you are to give him the name John. He will be a joy and delight to you, and many will rejoice because of his birth, for he will be great in the sight of the Lord.” It was Sarah and Abraham all over, Rebekah and Isaac, Rachel and Jacob. God was once again kindling a fire with two dry sticks.

For the life of her, Elizabeth couldn’t understand her husband’s response to the messenger that had so terrified him. Once you’d laid eyes on an angel, how could you fail to believe that anything was possible? But Zechariah had blurted out his skepticism and suffered the consequences. His voice had been snatched away and would not be given back until the angel’s words came to pass. These days he communicated by scribbling on a wax tablet.

Elizabeth looked down again at the figure advancing up the path, a green sprig of a girl. The older woman stepped carefully down the stairs and into the house to welcome her guest. But with the young woman’s words of greeting came something that felt like a gale force wind, shaking the beams and rafters of the house. Steadying herself, the older woman felt suddenly invigorated. Her unborn baby leapt inside her as she shouted out a welcoming response: “Blessed are you among women, and blessed is the child you will bear! But why am I so favored, that the mother of my Lord should come to me? As soon as the sound of your greeting reached my ears, the baby in my womb leaped for joy. Blessed is she who has believed that what the Lord has said to her will be accomplished!”

Mary had made the journey all the way from Nazareth to visit her relative Elizabeth. The same angel who had spoken to Zechariah in the temple had whispered the secret of the older woman’s pregnancy to the virgin, who was also with child. The magnificent song of praise that burst from Mary’s lips during their meeting may have taken shape during the course of her sixty-mile journey south, to the hill country of Judea where Elizabeth lived.

The two women held each other, their bonds of kinship now stronger than what mere flesh and blood could forge. For Israel’s God—the God of Sarah, Rebekah, Rachel, Leah, Miriam, Deborah, Naomi, Ruth, Abigail, and Hannah—was on the move again, bringing the long-ago promise to fulfillment. And blessed was she who did not doubt that what the Lord had said to her would be accomplished.

God always keeps his promises! For hundreds of years, God had been telling the people of Israel that he would send a Messiah. One who would provide a direct bridge to God himself. One whose sacrifice would provide redemption for all time. The events in this first chapter of Luke are just the beginning of the fulfillment of God’s greatest promise to his people. With Mary we can say: “My soul glorifies the Lord and my spirit rejoices in God my Savior!”

Today’s devotional is drawn from Women of the Bible: A One-Year Devotional Study of Women in Scripture by Ann Spangler and Jean Syswerda. Visit:  AnnSpangler.com to learn more about Ann’s writing and ministry.

One thought on “GOD IS MY OATH”