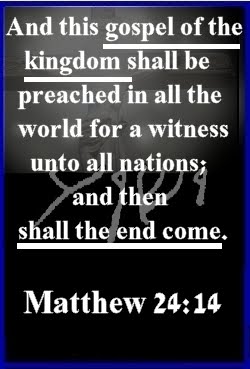 I think it was Christmas Evans who used the simile of the blacksmith’s dog, which, when his master first set up in trade, was very much frightened with the sparks, but at last he got to be so used to them that he went to sleep under the anvil.  ˜And so,  said the good preacher, ˜there be many that go to sleep under the gospel, with the sparks of damnation flying about their nostrils.  And certainly there are such. I am told that when they are making the great boilers at Bankside, when a man has to go inside for the first time and hold the hammer, the noise is so frightful, that his head aches and his ears seem to have lost all power of hearing for a long time afterwards; but I am also told that after a week or two a person can go to sleep in the midst of these boilers while the workmen are hammering outside, and he would sleep none the less soundly for the noise. So I know there is such a thing as going to sleep under the most thundering ministry. I know that men get used to these things, used to being invited, used to being warned, used to being thundered at. They have been pleaded with until they sleep under it; I doubt not they would sleep even if the world were blazing, if the sun were turned into darkness, and the moon into blood; and I think that even the trumpet of the archangel would not suffice to wake them from their lethargy, if they heard it long enough to be accustomed to it. Shall we give you up as hopeless? I think we almost may. If you have heard so long, and been unblessed, there is no great likelihood that you ever will be blessed; but you will go on as you have been going, till at last you perish.

For meditation: Faithful gospel preachers sometimes get accused of hardening the hearts of their unbelieving hearers. That is the equivalent of blaming Moses for repeating a message from God (Exodus 5:1,3; 6:11; 7:2,16; 8:1,20; 9:1,13; 10:3) which led to Pharaoh hardening his heart (Exodus 8:15,32; 9:34). Beware of apportioning blame like this ”those who harden their hearts against the gospel will not be able to hide on the day of judgment (Romans 2:4â€“5).

One thought on “DON’T HARDEN YOUR HEART”