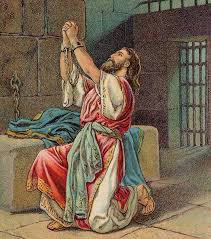 Then Manasseh knew that the Lord he was God.

It takes ten thousand times more faith to be an unbeliever than to be a believer in God’s revelation. One man comes to me and tells me I am credulous, because I believe in a great First Cause who created the heavens and the earth, and that God became man and died for sin. I tell him I may be, and no doubt am very credulous, as he conceives credulity, but I conceive that which I believe is in perfect consistency with my reason, and I therefore receive it. But, saith he, I am not credulous not at all.  Sir, I say, I should like to ask you one thing. You do not believe the world was created by God. No.  You must be amazingly credulous, then, I am sure. Do you think this Bible exists without being made? If you should say I am credulous, because I believe it had a printer and a binder, I should say that you were infinitely more credulous, if you assured me that it was made at all, and should you begin to tell me one of your theories about creation that atoms floated through space, and came to a certain shape, I should resign the palm of credulity to you. You believe, perhaps, moreover, that man came to be in this world through the improvement of certain creatures. I have read that you say that there were certain monads that afterwards they grew into fishes that these fishes wanted to fly, and then wings grew that by and by they wanted to crawl, and then legs came, and they became lizards, and by many steps they then became monkeys, and then the monkeys became men, and you believe yourself to be cousin ape to an orang-utan. Now, I may be very credulous, but really not so credulous as you are.

One thought on “MANASSEH LEFT IDOLITRY”