“For your sakes he became poor.” 2 Corinthians 8:9

The Lord Jesus Christ was eternally rich, glorious, and exalted; but “though he was rich, yet for your sakes he became poor.” As the rich saint cannot be true in his communion with his poor brethren unless of his substance he ministers to their necessities, so (the same rule holding with the head as between the members), it is impossible that our Divine Lord could have had fellowship with us unless he had imparted to us of his own abounding wealth, and had become poor to make us rich. Had he remained upon his throne of glory, and had we continued in the ruins of the fall without receiving his salvation, communion would have been impossible on both sides. Our position by the fall, apart from the covenant of grace, made it as impossible for fallen man to communicate with God as it is for Belial to be in concord with Christ. In order, therefore, that communion might be compassed, it was necessary that the rich kinsman should bestow his estate upon his poor relatives, that the righteous Saviour should give to his sinning brethren of his own perfection, and that we, the poor and guilty, should receive of his fulness grace for grace; that thus in giving and receiving, the One might descend from the heights, and the other ascend from the depths, and so be able to embrace each other in true and hearty fellowship. Poverty must be enriched by him in whom are infinite treasures before it can venture to commune; and guilt must lose itself in imputed and imparted righteousness ere the soul can walk in fellowship with purity. Jesus must clothe his people in his own garments, or he cannot admit them into his palace of glory; and he must wash them in his own blood, or else they will be too defiled for the embrace of his fellowship.

O believer, herein is love! For your sake the Lord Jesus “became poor” that he might lift you up into communion with himself. 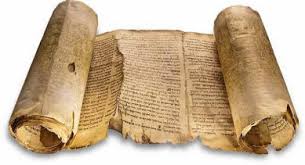 “The glory of the Lord shall be revealed, and all flesh shall see it together.” Isaiah 40:5

We anticipate the happy day when the whole world shall be converted to Christ; when the gods of the heathen shall be cast to the moles and the bats; when Romanism shall be exploded, and the crescent of Mohammed shall wane, never again to cast its baleful rays upon the nations; when kings shall bow down before the Prince of Peace, and all nations shall call their Redeemer blessed. Some despair of this. They look upon the world as a vessel breaking up and going to pieces, never to float again. We know that the world and all that is therein is one day to be burnt up, and afterwards we look for new heavens and for a new earth; but we cannot read our Bibles without the conviction that–

“Jesus shall reign where’er the sun

Does his successive journeys run.”

We are not discouraged by the length of his delays; we are not disheartened by the long period which he allots to the church in which to struggle with little success and much defeat. We believe that God will never suffer this world, which has once seen Christ’s blood shed upon it, to be always the devil’s stronghold. Christ came hither to deliver this world from the detested sway of the powers of darkness. What a shout shall that be when men and angels shall unite to cry “Hallelujah, hallelujah, for the Lord God Omnipotent reigneth!” What a satisfaction will it be in that day to have had a share in the fight, to have helped to break the arrows of the bow, and to have aided in winning the victory for our Lord! Happy are they who trust themselves with this conquering Lord, and who fight side by side with him, doing their little in his name and by his strength! How unhappy are those on the side of evil! It is a losing side, and it is a matter wherein to lose is to lose and to be lost forever. On whose side are you?

All rights belongs to the collections of Charles Spurgeon(C) “Moses reported this to the Israelites, but they did not listen to him because of their discouragement and harsh labor.” — Exodus 6:9

If you’re like the rest of us, no doubt you have experienced discouragement, maybe even today. It could be a goal you never seem to reach or an expectation that didn’t come to fruition. Sometimes it seems like things will never get better and it’s all too easy to give up and despair.

This week’s Torah reading picks up the story of Israel’s redemption. Just a few verses earlier, the process had already gotten underway. Moses accepted God’s mission to free the people and went to speak to Pharaoh. However, Pharaoh’s response was less than encouraging. Not only did he answer Moses’ plea to “Let my people go” with an emphatic “no,” Pharaoh also made the Israelites’ conditions even harsher and impossibly demanding.

At that point, Moses was extremely discouraged. He said to God: “Ever since I went to Pharaoh … he has brought trouble on this people, and you have not rescued your people …” (Exodus 5:23). In other words, things are only getting worse, God! Last week’s reading ended with God encouraging Moses with the promise that everything would work out in the end.

This week’s reading begins with an encouraged Moses who returned to the Israelites to tell them that redemption is near. However, “they did not listen to him because of their discouragement and harsh labor.” Once again, Moses was left feeling deflated and discouraged.

What a disheartening section. However, within this tale of discouragement, we can find a cure for the ailment of despair.

First, let’s start with the cause. The verse tells us the source of the people’s inability to embrace hope. The cause, which is translated from Hebrew as “discouragement and harsh labor,” literally means “short spirit and hard work.” In other words, the Israelites suffered from a crushed spirit because of how hard life had been. In addition, they suffered from physical exhaustion due to overworking. Both of these factors kept them mired in despair.

However, there is a way out. The first step is to rest. When our bodies are physically strong, our spirits are stronger. We need to take care of our bodies with proper nutrition and sleep. The second step is to believe in God’s promises for the future. God reiterated His promises to Moses, but in time, Moses had to learn, and we all have to model, how to remember God’s promises and trust them on our own. We can reinforce our faith through daily prayer and study.

Once we nurture our bodies and spirits, we can leave despair behind – and turn our discouragement into the courage to persevere and be redeemed.