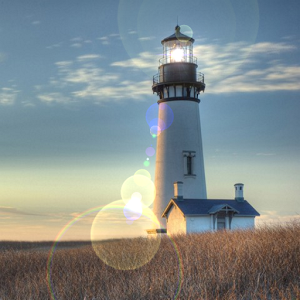 1 John 1:7
But if we walk in the light, as he is in the light, we have fellowship one with another, and the blood of Jesus Christ his Son cleanseth us from all sin.

“I pray not that thou shouldst take them out of the world.”
John 17:15

It is a sweet and blessed event which will occur to all believers in God’s own time–the going home to be with Jesus. In a few more years the Lord’s soldiers, who are now fighting “the good fight of faith” will have done with conflict, and have entered into the joy of their Lord. But although Christ prays that his people may eventually be with him where he is, he does not ask that they may be taken at once away from this world to heaven. He wishes them to stay here. Yet how frequently does the wearied pilgrim put up the prayer, “O that I had wings like a dove! for then would I fly away and be at rest;” but Christ does not pray like that, he leaves us in his Father’s hands, until, like shocks of corn fully ripe, we shall each be gathered into our Master’s garner. Jesus does not plead for our instant removal by death, for to abide in the flesh is needful for others if not profitable for ourselves. He asks that we may be kept from evil, but he never asks for us to be admitted to the inheritance in glory till we are of full age. Christians often want to die when they have any trouble. Ask them why, and they tell you, “Because we would be with the Lord.” We fear it is not so much because they are longing to be with the Lord, as because they desire to get rid of their troubles; else they would feel the same wish to die at other times when not under the pressure of trial. They want to go home, not so much for the Saviour’s company, as to be at rest. Now it is quite right to desire to depart if we can do it in the same spirit that Paul did, because to be with Christ is far better, but the wish to escape from trouble is a selfish one. Rather let your care and wish be to glorify God by your life here as long as he pleases, even though it be in the midst of toil, and conflict, and suffering, and leave him to say when “it is enough.”

Behold the epitaph of all those blessed saints who fell asleep before the coming of our Lord! It matters nothing how else they died, whether of old age, or by violent means; this one point, in which they all agree, is the most worthy of record, “they all died in faith.” In faith they lived–it was their comfort, their guide, their motive and their support; and in the same spiritual grace they died, ending their life-song in the sweet strain in which they had so long continued. They did not die resting in the flesh or upon their own attainments; they made no advance from their first way of acceptance with God, but held to the way of faith to the end. Faith is as precious to die by as to live by.

Dying in faith has distinct reference to the past. They believed the promises which had gone before, and were assured that their sins were blotted out through the mercy of God. Dying in faith has to do with the present. These saints were confident of their acceptance with God, they enjoyed the beams of his love, and rested in his faithfulness. Dying in faith looks into the future. They fell asleep, affirming that the Messiah would surely come, and that when he would in the last days appear upon the earth, they would rise from their graves to behold him. To them the pains of death were but the birth-pangs of a better state. Take courage, my soul, as thou readest this epitaph. Thy course, through grace, is one of faith, and sight seldom cheers thee; this has also been the pathway of the brightest and the best. Faith was the orbit in which these stars of the first magnitude moved all the time of their shining here; and happy art thou that it is thine. Look anew tonight to Jesus, the author and finisher of thy faith, and thank Him for giving thee like precious faith with souls now in glory.

One thought on “BY FAITH WE WALK IN HIS LIGHT BECAUSE CHRIST IS THE LIGHT! BY FAITH WE BELIEVE HIS PROMISE OF ETERNAL LIFE IN HIM!!”