The sound in the mulberry trees 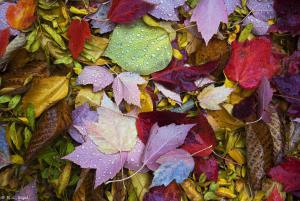 “When thou hearest the sound of a going in the tops of the mulberry trees, that then thou shalt bestir thyself: for then shall the Lord go out before thee, to smite the host of the Philistines.” 2 Samuel 5:24

If any of your acquaintance have been in the house of God, if you have induced them to go there, and you think there is some little good doing but you do not know, take care of that little. It may be God has used us as a foster mother to bring up his child, so that this little one may be brought up in the faith, and this newly converted soul may be strengthened and edified. But I’ll tell you, many of you Christians do a deal of mischief, by what you say when going home. A man once said that when he was a lad he heard a certain sermon from a minister, and felt deeply impressed under it. Tears stole down his cheeks, and he thought within himself, “I will go home to pray.” On the road home he fell into the company of two members of the church. One of them began saying, “Well, how did you enjoy the sermon?” The other said, “I do not think he was quite sound on such a point.” “Well,” said the other, “I thought he was rather off his guard,” or something of that sort; and one pulled one part of the minister’s sermon to pieces, and another the other, until, said the young man, before I had gone many yards with them, I had forgotten all about it; and all the good I thought I had received seemed swept away by those two men, who seemed afraid lest I should get any hope, for they were just pulling that sermon to pieces which would have brought me to my knees. How often have we done the same! People will say, “What did you think of that sermon?” I gently tell them nothing at all, and if there is any fault in it—and very likely there is, it is better not to speak of it, for some may get good from it.

For meditation: If you must have the sermon for Sunday lunch, beware of devouring someone’s faith along with it (Mark 4:4,15).