God will never stop working in our lives 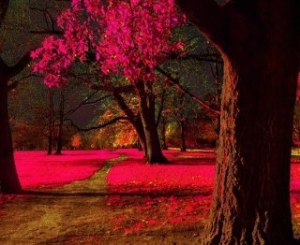 What do people read in your life?

“Your lives are a letter written in our hearts, and everyone can read it and recognize our good work among you.”

My Utmost for His Highest

Oswald Chambers was born in Aberdeen, Scotland, in 1874, the son of a Baptist minister.

Chambers and his wife Gertrude, known to all as Biddy, were dedicated to a life of ministry. When World War I broke out, they were sent by the YMCA to minister to English and Australian troops stationed in Egypt. They set up “study huts”, places where soldiers could come and relax — and hear teaching from the Bible. In Zeitoun, up to 400 packed in each night to hear him, and hundreds came to Christ. In 1916, the YMCA planned evangelistic crusades throughout all of the Egyptian military camps with Chambers as evangelist.

On October 17, 1917, Chambers returned from a Wednesday night prayer meeting feeling ill. Within two weeks, his appendix had been removed. Chambers began to recover, but on November 4 he developed a blood clot, and on November 15, 1917, he died.

Chambers had written just one book before he died, Baffled to Fight Better, but he kept a journal. Biddy was a trained stenographer and had taken down word for word many of his hundreds of messages.

Several years after Oswald’s death, Biddy began editing his material into 365 daily readings and named it My Utmost for His Highest. She completed it in 1927, and it remains among the top-ten Christian titles sold annually. Biddy edited 12 more books from Oswald’s material and published them under his name, never once mentioning her own.

Adapted from The One Year® Book of Christian History by E. Michael and Sharon Rusten (Tyndale) p 640-41

The triumphal entry into Jerusalem

‘Tell ye the daughter of Sion, Behold, thy King cometh unto thee, meek, and sitting upon an ass, and a colt the foal of an ass.’ Matthew 21:5

Christ would not have any pain in his kingdom; he would not have even an ass suffer by him, and if the foal had been taken away from its mother, there would have been the poor mother in the stable at home, thinking of its foal, like those oxen that the Philistines used when they took back the ark, and which went lowing as they went, because their calves were at home. Wondrous kingdom of Christ, in which the very beast shall have its share! ‘For the creature was made subject to vanity’ by our sin. It was the beast that suffered because we sinned, and Christ intends that his kingdom should bring back the beast to its own pristine happiness. ‘The lion shall eat straw like the ox. And the sucking child shall play on the hole of the asp, and the weaned child shall put his hand on the ****atrice’ den.’ Old Eden’s peacefulness, and the familiarity between man and the lower creatures, shall come back once more. And even now, wherever the gospel is fully known in man’s heart, man begins to recognise that he has no right wantonly to kill a sparrow or a worm, because it is in Christ’s dominion; and he who would not ride a foal without having its mother by its side, that it might be at peace and happy, would not have any of his disciples think lightly of the meanest creature that his hands have made. Blessed kingdom this which considers even the beasts! Does God care for oxen? Yes, he does; and for the very ass itself, that heir of toil, he cares.

For meditation: God spent two days of creation on animals and told Noah to build an ark as big as a liner rather than a lifeboat. Why? Because He cares for animals (Genesis 8:1). Animals have their own ‘fear not’ (Joel 2:22). The way you treat them says something about you (Proverbs 12:10). However, while showing love to animals, we must have more love for people and most love for God. The Israelites were commanded to treat animals properly (Deuteronomy 22:1–4; 25:4), but often had to sacrifice them in their greater love for God.

2 Timothy 3:12
Yea, and all that will live godly in Christ Jesus shall suffer persecution.

His face is marked with a vicious scar…and a brilliant smile.

Thirteen–year–old Danjuma Shakaru was critically injured during an attack on his village in northern Nigeria. Muslim militants struck Danjuma on the head, arm and body with their machetes. Thinking he was dead, the villagers who found him dug his grave.

But Danjuma’s grave is empty. He is alive in part because of the care he received through VOM’s medical program. Violence against Christians in Nigeria continues to rise, and VOM helped more than 500 believers with serious medical injuries during the past year. VOM pays for travel costs, hospital bills, prostheses, tests and medicines for severely injured Christians. Will you help us serve others like Danjuma?