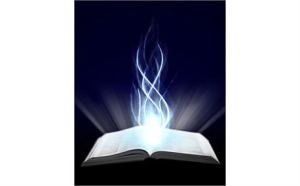 (2) And I saw, and behold a white horse: and he that sat on him had a bow; and a crown was given unto him: and he went forth conquering, and to conquer.   King James Version

The white horse and the crowned bowman on its back, embodying the first seal of Revelation 6:1-2, are all about religious communication. Like his fellows, this horseman has nothing benign about him—he goes out “conquering and to conquer.” He is the one who commences—some would say ultimately causes—”the beginning of sorrows” (Matthew 24:8) that results in the death of a quarter of earth’s population (Revelation 6:8)!

Biblically, white is an interesting color. In our day, it is immediately associated with cleanliness and purity, as all advertisers know: Marketing a cleanser that is itself white or comes in predominantly white packaging helps to convince the consumer that the product is effective. However, an ancient Israelite might not see white that way. In Leviticus, white appears as the color of leprosy more than a dozen times (see, for instance, Leviticus 13:3). In Genesis 40:16, white baskets presage the death of Pharaoh’s baker, and in Joel 1:7, it is the color of a land stripped bare by an enemy.

Conversely, at other times it represents the more positive associations we are accustomed to. In Ecclesiastes 9:8, Solomon writes, “Let your garments always be white,” which most commentators feel refers to the joy, purity, and beauty of a righteous, godly individual. The Shulamite describes her Beloved, a type of Christ, as “white” (Song of Songs 5:10), implying His spotless and holy character. Similarly, Daniel sees “the Ancient of Days” clothed in a garment “white as snow” and with hair “like pure wool” (Daniel 7:9), reminiscent of John’s description of the glorified Christ in Revelation 1:13-16.

In the book of Revelation itself, white is predominantly positive in meaning, as most of its appearances describe God, Christ, glorified saints, or associated objects like the Great White Throne. Overall, white suggests purity, righteousness, holiness, glory, victory, and perfection. This preponderance of positive, symbolic meanings for the color white—without considering the mainly negative aspects of the other symbols—has led many interpreters to misidentify this horseman as a positive, even divine, image.

For starters, the white horseman carries a bow, a weapon of war. Strangely, John makes no mention of arrows or a quiver, although we may infer the former, since a bow is nearly worthless without arrows. (Then again, the lack of arrows may suggest war fought, not with blood-letting weapons, but with words or ideas; see Psalm 11:2; 64:2-4; Jeremiah 9:8; Ephesians 6:16.) A bow is a purely offensive weapon, even more so than a sword, and is highly effective from long range (for example, archers killed Uriah the Hittite and kings Ahab of Israel and Josiah of Judah). Thus, the foremost idea behind this biblical symbol is powerful, penetrating, deadly accuracy with an intimation of distance.

The white horseman’s bow, then, represents an effective instrument of God’s judgment on the world for rebellion against Him. Unlike the sword that Christ wields (Revelation 19:15), the bow’s long range hints at God being somewhat removed in His judgment, yet it is just as devastating in its effectiveness at meting out justice. In addition, whereas the sword symbolizes the Word of God (Ephesians 6:17;Hebrews 4:12)—His truth—the bow suggests a counterfeit “truth” or a false gospel. As II Thessalonians 2:11-12 says, “God will send them strong delusion, that they should believe the lie, that they all may be condemned who did not believe the truth but had pleasure in unrighteousness.”

The rider of the white horse is given a crown to wear, after which he goes “out conquering and to conquer.” These two symbols are related both in their proximity in the verse and in their meanings. First, the word order suggests that being endowed with a crown allows or authorizes the horseman to go to war. Who gives him this crown? Notice Romans 13:1: “For there is no authority except from God, and the authorities that exist are appointed by God.” An angel tells Nebuchadnezzar in Daniel 4:17, “The Most High rules in the kingdom of men, gives it to whomever He will, and sets over it the lowest of men.” God is sovereign over all earthly authority, and it is from Him that this horseman receives his crown and purpose.

Second, crowns generally represent some state of honor or blessing for the wearer. We normally associate crowns with royalty, which in Classical Greek is represented by the word diadema, which has come down to us as “diadem.” The word in Revelation 6:2, however, is stéfanos, a circlet, wreath, or garland, oftentimes made of leaves and twigs but sometimes of precious metals. It was awarded as a prize of victory or triumph, as a symbol of honor or authority, as a badge of civic worth or military valor, or as a sign of nuptial joy or festal gladness. Due to the verse’s heavy martial emphasis, it is likely that the horseman’s crown signifies triumph, authority, or military valor.

Third, this horseman goes “out conquering and to conquer,” a fairly literal rendering of the Greek. To us, this phraseology sounds strange, but it is merely expressing two different tenses of the same verb (nikao, “conquer,” “subdue,” “overcome,” “prevail,” “get the victory”): the present participle and the aorist subjunctive. In other words, John is telling us that the horseman begins and continues to conquer, and he will certainly conquer or will ultimately conquer (see A.T. Robertson’s Word Pictures in the New Testament on this verse). The implication is that his entire purpose is to conquer, to dominate, to subjugate the peoples of the earth.

Overall, the white horse and its rider are vivid representations of a powerful, aggressive, victorious force running unrestrained over mankind. Like a knight in armor or a soldier in full dress uniform, the first horseman appears to the eye as glorious and noble, but its intent is to kill, destroy, and subdue its enemies. Its white façade is deceptive, concealing a deadly, unholy purpose.

These interpretations of the symbols may seem highly speculative and arbitrary until we unlock their mystery with the key supplied by Jesus Christ Himself in the Olivet Prophecy. In a series of four verses, He decodes the meanings of the Four Horsemen. Of the white horseman, He says: “Take heed that no one deceives you. For many will come in My name, saying, I am the Christ, and will deceive many” (Matthew 24:4-5; see Mark 13:5-6; Luke 21:8). The white horse and its rider represent religious deception.