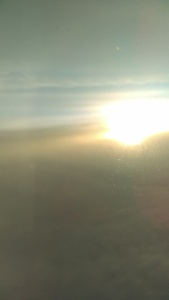 “For I was ashamed to require of the king a band of soldiers and horsemen to help us against the enemy in the way: because we had spoken unto the king, saying, The hand of our God is upon all them for good that seek him; but his power and his wrath is against all them that forsake him.”
Ezra 8:22

A convoy on many accounts would have been desirable for the pilgrim band, but a holy shame-facedness would not allow Ezra to seek one. He feared lest the heathen king should think his professions of faith in God to be mere hypocrisy, or imagine that the God of Israel was not able to preserve his own worshippers. He could not bring his mind to lean on an arm of flesh in a matter so evidently of the Lord, and therefore the caravan set out with no visible protection, guarded by him who is the sword and shield of his people. It is to be feared that few believers feel this holy jealousy for God; even those who in a measure walk by faith, occasionally mar the lustre of their life by craving aid from man. It is a most blessed thing to have no props and no buttresses, but to stand upright on the Rock of Ages, upheld by the Lord alone. Would any believers seek state endowments for their Church, if they remembered that the Lord is dishonoured by their asking Caesar’s aid? as if the Lord could not supply the needs of his own cause! Should we run so hastily to friends and relations for assistance, if we remembered that the Lord is magnified by our implicit reliance upon his solitary arm? My soul, wait thou only upon God. “But,” says one, “are not means to be used?” Assuredly they are; but our fault seldom lies in their neglect: far more frequently it springs out of foolishly believing in them instead of believing in God. Few run too far in neglecting the creature’s arm; but very many sin greatly in making too much of it. Learn, dear reader, to glorify the Lord by leaving means untried, if by using them thou wouldst dishonour the name of the Lord. 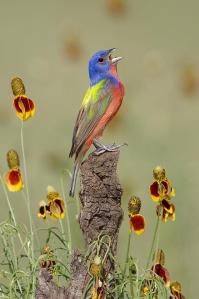 Paradoxes abound in Christian experience, and here is one–the spouse was asleep, and yet she was awake. He only can read the believer’s riddle who has ploughed with the heifer of his experience. The two points in this evening’s text are–a mournful sleepiness and a hopeful wakefulness. I sleep. Through sin that dwelleth in us we may become lax in holy duties, slothful in religious exercises, dull in spiritual joys, and altogether supine and careless. This is a shameful state for one in whom the quickening Spirit dwells; and it is dangerous to the highest degree. Even wise virgins sometimes slumber, but it is high time for all to shake off the bands of sloth. It is to be feared that many believers lose their strength as Samson lost his locks, while sleeping on the lap of carnal security. With a perishing world around us, to sleep is cruel; with eternity so near at hand, it is madness. Yet we are none of us so much awake as we should be; a few thunder-claps would do us all good, and it may be, unless we soon bestir ourselves, we shall have them in the form of war, or pestilence, or personal bereavements and losses. O that we may leave forever the couch of fleshly ease, and go forth with flaming torches to meet the coming Bridegroom! My heart waketh. This is a happy sign. Life is not extinct, though sadly smothered. When our renewed heart struggles against our natural heaviness, we should be grateful to sovereign grace for keeping a little vitality within the body of this death. Jesus will hear our hearts, will help our hearts, will visit our hearts; for the voice of the wakeful heart is really the voice of our Beloved, saying, “Open to me.” Holy zeal will surely unbar the door.

With melting heart and laden hands;

My soul forsakes her every sin;

And lets the heavenly stranger in.”

1 The Lord reigns,
let the nations tremble;
he sits enthroned between the cherubim,
let the earth shake.
2 Great is the Lord in Zion;
he is exalted over all the nations.
3 Let them praise your great and awesome name—
he is holy.

4 The King is mighty, he loves justice—
you have established equity;
in Jacob you have done
what is just and right.
5 Exalt the Lord our God
and worship at his footstool;
he is holy.

6 Moses and Aaron were among his priests,
Samuel was among those who called on his name;
they called on the Lord
and he answered them.
7 He spoke to them from the pillar of cloud;
they kept his statutes and the decrees he gave them.

The Holy Spirit produces this kind of fruit in our
lives: . . . patience. Galatians 5:22

If you’ve ever spent two hours stuck in rush-hour
traffic or held a crying baby at two o’clock in the
morning, you know something about patience.
According to the Bible, patience is a form of
perseverance and endurance that allows you to
respond to frustrating circumstances with grace
and self-control. Contrary to popular opinion,
patience is not merely a personality trait; it is a
by-product of the presence and work of the Holy
Spirit in the heart and mind of the believer. God
promises that when the Holy Spirit is in you, he
will produce more patience in your life.

How can you give the Holy Spirit greater control over
your life?

Error: Twitter did not respond. Please wait a few minutes and refresh this page.