God helps those who help the poor

Who is really poor?

And God will generously provide all you need. Then you will always have everything you need and plenty left over to share with others. 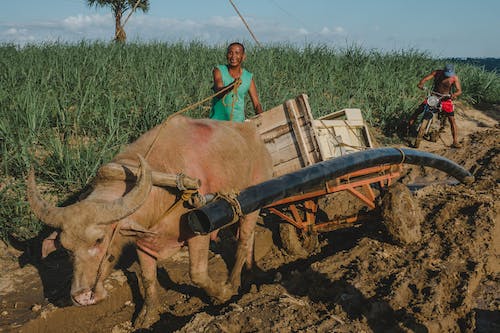 Dr. Roy L. Laurin tells of a Christian businessman who was traveling in Korea. In a field by the side of the road was a young man pulling a crude plow while an old man held the handles. The businessman was amused and took a snapshot of the scene. “That is curious! I suppose these people are very poor,” he said to the missionary who was interpreter and guide to the party. “Yes,” was the quiet reply, “these two men happen to be Christians. When their church was being built, they were so eager to give something toward it, but they had no money. So they decided to sell their one and only ox and give the proceeds to the church. This spring they are pulling the plow themselves.” The businessman was silent for some moments. Then he said, “That must have been a real sacrifice.” “They did not call it that,” said the missionary. “They thought themselves fortunate that they had an ox to sell!”

When the businessman reached home, he took the picture to his pastor and told him about it. Then he added, “I want to double my giving to the church and do some plow work. Up until now I have never given God anything that involved real sacrifice.”