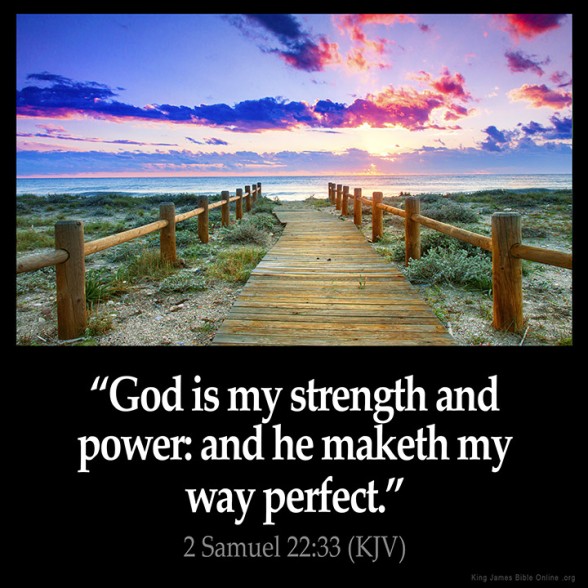 Author:  By the grace of the Lord, Jesus Christ, His Holy Spirit has ask me to share a message to ALL!  Below you will find His Words (Holy Scriptures) that our Father wants delivered to you.  Each individual will know in his/her heart the message our Father has for you personally!  God bless.

Psalms 33  Praise to the Creator and Preserver (emphasis added)

Psalms 35  A Prayer for Rescue from Enemies (emphasis added)

For we know him that hath said, Vengeance belongeth unto me, I will recompense, saith the Lord. And again, The Lord shall judge his people. It is a fearful thing to fall into the hands of the living God.

Read all of Hebrews 10

1 John 1:7
But if we walk in the light, as he is in the light, we have fellowship one with another, and the blood of Jesus Christ his Son cleanseth us from all sin.

“These were more noble than those in Thessalonica, in that they received the word with all readiness of mind, and searched the scriptures daily, whether those things were so.”

1 John 4:1 – Beloved, believe not every spirit, but try the spirits whether they are of God: because many false prophets are gone out into the world.

Philippians 1:9-10 – And this I pray, that your love may abound yet more and more in knowledge and [in] all judgment;

Hebrews 5:14 – But strong meat belongeth to them that are of full age, [even] those who by reason of use have their senses exercised to discern both good and evil.

Hebrews 4:12 – For the word of God [is] quick, and powerful, and sharper than any twoedged sword, piercing even to the dividing asunder of soul and spirit, and of the joints and marrow, and [is] a discerner of the thoughts and intents of the heart.

Note:  Our nation is going thru some perilous times and more rough waters in the storm will increase!  Prepare spiritually and at home for your family. Live not fear nor walk in fear. (Psalms 23:4)  Call upon the name of the Lord and He will show you the way! (Psalms 86:11 ) The Lord says: Colossians 4:5  Walk in wisdom toward them that are without, redeeming the time.  Colossians 2:6  As ye have therefore received Christ Jesus the Lord, so walk ye in him: 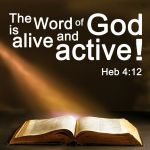 All scripture is given by inspiration of God, and is profitable for doctrine, for reproof, for correction, for instruction in righteousness:

Revelation 1:3 | View whole chapter | See verse in context Blessed is he that readeth, and they that hear the words of this prophecy, and keep those things which are written therein: for the time is at hand.

Revelation 20:4 | View whole chapter | See verse in context And I saw thrones, and they sat upon them, and judgment was given unto them: and I saw the souls of them that were beheaded for the witness of Jesus, and for the word of God, and which had not worshipped the beast, neither his image, neither had received his mark upon their foreheads, or in their hands; and they lived and reigned with Christ a thousand years.

TO GOD BE THE GLORY!

Isaiah 40:31 – But they that wait upon the LORD shall renew [their] strength; they shall mount up with wings as eagles; they shall run, and not be weary; [and] they shall walk, and not faint.

The snare of the fowler

“Surely he shall deliver thee from the snare of the fowler.” Psalm 91:3

It was once said by a talented writer, that the old devil was dead, and that there was a new devil now; by which he meant to say, that the devil of old times was a rather different devil from the deceiver of these times. We believe that it is the same evil spirit; but there is a difference in his mode of attack. The devil of five hundred years ago was a black and grimy thing, well portrayed in our old pictures of that evil spirit. He was a persecutor, who cast men into the furnace, and put them to death for serving Christ. The devil of this day is a well-spoken gentleman: he does not persecute—he rather attempts to persuade and to beguile. He is not now the furious Romanist, so much as the insinuating unbeliever, attempting to overturn our religion, whilst at the same time he pretends he would but make it more rational, and so more triumphant. He would only link worldliness with religion; and so he would really make religion void, under the cover of developing the great power of the gospel, and bringing out secrets which our forefathers had never discovered. Satan is always a fowler; whatever his tactics may be, his object is still the same—to catch men in his net. Men are here compared to silly, weak birds, that have not skill enough to avoid the snare, and have not strength enough to escape from it. Satan is the fowler; he has been so and is so still; and if he does not attack us as the roaring lion, roaring against us in persecution, he attacks us as the adder, creeping silently along the path, endeavouring to bite our heel with his poisoned fangs, and weaken the power of grace and ruin the life of godliness within us. Our text is a very comforting one to all believers, when they are beset by temptation.

For meditation: We should be on our guard against falling into the snare of the devil (1 Timothy 3:7), but take courage from the fact that God is able to enable us to escape from it (2 Timothy 2:26).

ALL RIGHTS BELONG TO THE COLLECTIONS OF CHARLES SPURGEON(C)