That the aged men be sober, grave, temperate, sound in faith, in charity, in patience.

Read all of Titus 2

And even to your old age I am he; and even to hoar hairs will I carry you: I have made, and I will bear; even I will carry, and will deliver you.

Read all of Isaiah 46

I will lift up mine eyes unto the hills, from whence cometh my help. My help cometh from the Lord, which made heaven and earth.

Rejoice in the Lord always: and again I say, Rejoice.

Read all of Philippians 4

Finally, be ye all of one mind, having compassion one of another, love as brethren, be pitiful, be courteous:

If there be therefore any consolation in Christ, if any comfort of love, if any fellowship of the Spirit, if any bowels and mercies, Fulfil ye my joy, that ye be like minded, having the same love, being of one accord, of one mind.

Read all of Philippians 2

And we have known and believed the love that God hath to us. God is love; and he that dwelleth in love dwelleth in God, and God in him.

20 The Lord hear thee in the day of trouble; the name of the God of Jacob defend thee;

2 Send thee help from the sanctuary, and strengthen thee out of Zion;

3 Remember all thy offerings, and accept thy burnt sacrifice; Selah.

4 Grant thee according to thine own heart, and fulfil all thy counsel.

5 We will rejoice in thy salvation, and in the name of our God we will set up our banners: the Lord fulfil all thy petitions.

6 Now know I that the Lord saveth his anointed; he will hear him from his holy heaven with the saving strength of his right hand.

7 Some trust in chariots, and some in horses: but we will remember the name of the Lord our God.

8 They are brought down and fallen: but we are risen, and stand upright.

9 Save, Lord: let the king hear us when we call.

James 5:16
Confess your faults one to another, and pray one for another, that ye may be healed. The effectual fervent prayer of a righteous man availeth much.

The eyes of your understanding being enlightened; that ye may know what is the hope of his calling, and what the riches of the glory of his inheritance in the saints,…

Read at Bible Gateway    Read all of Ephesians 1

Be sober, be vigilant; because your adversary the devil, as a roaring lion, walketh about, seeking whom he may devour: Whom resist stedfast in the faith, knowing that the same afflictions are accomplished in your brethren that are in the world. 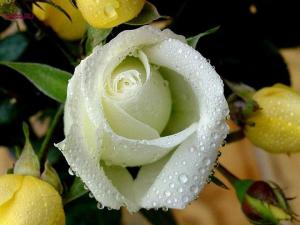 What do people read in your life?

“Your lives are a letter written in our hearts, and everyone can read it and recognize our good work among you.”

My Utmost for His Highest

Oswald Chambers was born in Aberdeen, Scotland, in 1874, the son of a Baptist minister.

Chambers and his wife Gertrude, known to all as Biddy, were dedicated to a life of ministry. When World War I broke out, they were sent by the YMCA to minister to English and Australian troops stationed in Egypt. They set up “study huts”, places where soldiers could come and relax — and hear teaching from the Bible. In Zeitoun, up to 400 packed in each night to hear him, and hundreds came to Christ. In 1916, the YMCA planned evangelistic crusades throughout all of the Egyptian military camps with Chambers as evangelist.

On October 17, 1917, Chambers returned from a Wednesday night prayer meeting feeling ill. Within two weeks, his appendix had been removed. Chambers began to recover, but on November 4 he developed a blood clot, and on November 15, 1917, he died.

Chambers had written just one book before he died, Baffled to Fight Better, but he kept a journal. Biddy was a trained stenographer and had taken down word for word many of his hundreds of messages.

Several years after Oswald’s death, Biddy began editing his material into 365 daily readings and named it My Utmost for His Highest. She completed it in 1927, and it remains among the top-ten Christian titles sold annually. Biddy edited 12 more books from Oswald’s material and published them under his name, never once mentioning her own.

Adapted from The One Year® Book of Christian History by E. Michael and Sharon Rusten (Tyndale) p 640-41 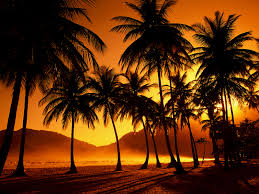 The Lord himself watches over you! The Lord stands beside you as your protective shade.

Secure with the keeper

It was dark and cold that November morning when the Livingstone family woke up to say farewell to their son David. He was leaving Scotland for the heart of Africa. Mrs. Livingstone made coffee; Mr. Livingstone dressed warmly to walk his son to Glasgow. David got the family Bible and read the comforting words of Psalm 121 with the family.

A dozen years later, Dr. Livingstone was contemplating a trip deeper into the unexplored interior of Africa along with his wife and children. Just before he left, he received a letter from his mother-in-law, Mary Moffat, who was also a missionary. “My dear Livingstone,” she began. “Hitherto I have kept up my spirits and have been enabled to believe that our Great Master may yet bring you out in safety.” She said that she was clinging to the promises of Psalm 121 and Psalm 91. “Unceasing prayer is made for you.” Then she added, “Every petition, however fervent, must be with submission to his will.”

Protected? Yes. Submissive to his will? That, too.

Jesus guaranteed us that in this world we will have trouble (John 16:33). But no matter what happens, we can never be separated from God’s love or God’s purposes. He promises to preserve us from evil but not to pave over every pothole in life’s road.

Adapted from The One Year® Book of Psalms with devotionals by William J. Petersen and Randy Petersen (Tyndale) entry for October 17

God delights in those who honor him

For the poor, every day brings trouble; for the happy heart, life is a continual feast.

When I think of God, my heart is so full of joy that the notes leap and dance as they leave my pen; and since God has given me a cheerful heart, I serve Him with a cheerful spirit.

A person’s heart is a major concern of the Lord. God’s Word tells us that he doesn’t look at the things people look at. We look at the outward appearance, but the Lord looks at the heart; that is, our “thoughts and intentions” (1 Samuel 16:7). Today’s verse tells us that a happy, or cheerful, heart make life “a continual feast.” How do we obtain—and maintain—this happy heart? There are many clues throughout the book of Proverbs. We should not let our hearts be anxious or proud because anxiety and pride are deterrents to a cheerful heart (Proverbs 12:25; 16:5). Instead, God calls us to have pure hearts and to keep them on the right path (Proverbs 22:11; 23:19). These are positive steps to achieving a happy heart because when we are being obedient to God’s Word and experiencing his smile of approval, our hearts will be lighter, even in difficult times. The Bibles gives us many other instructions about how to have “healthy” hearts, but a good place to start is to embrace the truth of Proverbs 15:15 and ask God to show us how to develop hearts that are happy, no matter what challenges we are facing.

FATHER, help me to have a happy heart. Remove the anxiety that sometimes weighs my heart down. Keep my heart from growing proud. Instead, give me a pure heart—a heart that is pleasing to you. Help me to hide your Word in my heart so that I can walk in your ways and enjoy life that is a continual feast.

Adapted from The One Year® Book of Praying through the Bible by Cheri Fuller, Tyndale House Publishers (2003), entry for May 17.

Our prayers bring us into God’s presence

How can I make my prayers effective?

I urge you, first of all, to pray for all people. As you make your requests, plead for God’s mercy upon them, and give thanks. Pray this way for kings and all others who are in authority, so that we can live in peace and quietness, in godliness and dignity.

A request is a need, a deep desire for something we don’t have—something only God can supply.

A prayer is a word of praise and adoration. A more accurate translation of this word from the original Greek might be to “worship in earnest.”

Intercession is praying on behalf of others. Our prayers should regularly reflect this kind of selfless lifestyle.

Thanksgiving involved remembering those past prayers that have already been answered, acknowledging that we not only trust God’s supremacy and involvement in our life but also how his hand has moved and guided us in the past.

When we pray effectively, we do more than communicate with God—we commune with him. We become one in mind and spirit and purpose. Today, let the focus of your prayer time be to connect with God in a very real and personal way, not as a slave would petition his master, but as a son would enjoy the company of a loving and gracious father. 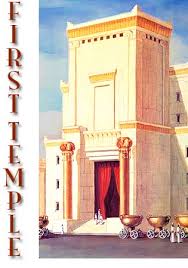 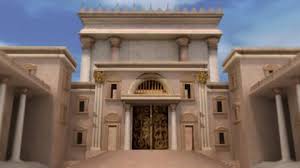 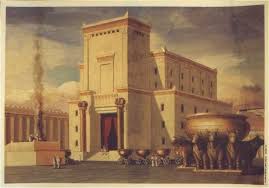 LEGGOS VERSION OF THE HOLY TEMPLE-CHILDREN WOULD LIKE THIS

Following the dream of a Third Temple in Jerusalem

Jerusalem in 1896: Jews, Muslims, Christians living under the Ottomans