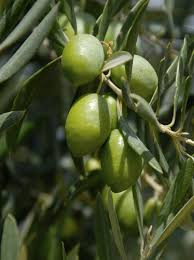 A cake not turned is uncooked on one side; and so Ephraim was, in many respects, untouched by divine grace: though there was some partial obedience, there was very much rebellion left. My soul, I charge thee, see whether this be thy case. Art thou thorough in the things of God? Has grace gone through the very centre of thy being so as to be felt in its divine operations in all thy powers, thy actions, thy words, and thy thoughts? To be sanctified, spirit, soul, and body, should be thine aim and prayer; and although sanctification may not be perfect in thee anywhere in degree, yet it must be universal in its action; there must not be the appearance of holiness in one place and reigning sin in another, else thou, too, wilt be a cake not turned.

A cake not turned is soon burnt on the side nearest the fire, and although no man can have too much religion, there are some who seem burnt black with bigoted zeal for that part of truth which they have received, or are charred to a cinder with a vainglorious Pharisaic ostentation of those religious performances which suit their humour. The assumed appearance of superior sanctity frequently accompanies a total absence of all vital godliness. The saint in public is a devil in private. He deals in flour by day and in soot by night. The cake which is burned on one side, is dough on the other.

If it be so with me, O Lord, turn me! Turn my unsanctified nature to the fire of thy love and let it feel the sacred glow, and let my burnt side cool a little while I learn my own weakness and want of heat when I am removed from thy heavenly flame. Let me not be found a double-minded man, but one entirely under the powerful influence of reigning grace; for well I know if I am left like a cake unturned, and am not on both sides the subject of thy grace, I must be consumed forever amid everlasting burnings. 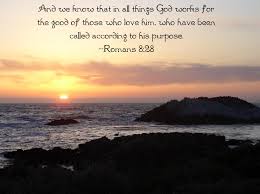 Even in this world saints are God’s children, but men cannot discover them to be so, except by certain moral characteristics. The adoption is not manifested, the children are not yet openly declared. Among the Romans a man might adopt a child, and keep it private for a long time: but there was a second adoption in public; when the child was brought before the constituted authorities its former garments were taken off, and the father who took it to be his child gave it raiment suitable to its new condition of life. “Beloved, now are we the sons of God, and it doth not yet appear what we shall be.” We are not yet arrayed in the apparel which befits the royal family of heaven; we are wearing in this flesh and blood just what we wore as the sons of Adam; but we know that “when he shall appear” who is the “first-born among many brethren,” we shall be like him, we shall see him as he is. Cannot you imagine that a child taken from the lowest ranks of society, and adopted by a Roman senator, would say to himself, “I long for the day when I shall be publicly adopted. Then I shall leave off these plebeian garments, and be robed as becomes my senatorial rank”? Happy in what he has received, for that very reason he groans to get the fulness of what is promised him. So it is with us today. We are waiting till we shall put on our proper garments, and shall be manifested as the children of God. We are young nobles, and have not yet worn our coronets. We are young brides, and the marriage day is not yet come, and by the love our Spouse bears us, we are led to long and sigh for the bridal morning. Our very happiness makes us groan after more; our joy, like a swollen spring, longs to well up like an Iceland geyser, leaping to the skies, and it heaves and groans within our spirit for want of space and room by which to manifest itself to men.

All rights belong to the collection of Chalres Spurgeon (C)