Who shall separate us from the love of Christ? shall tribulation, or distress, or persecution, or famine, or nakedness, or peril, or sword?

For I am persuaded, that neither death, nor life, nor angels, nor principalities, nor powers, nor things present, nor things to come, Nor height, nor depth, nor any other creature, shall be able to separate us from the love of God, which is in Christ Jesus our Lord.

Romans 5:8 – But God commendeth his love toward us, in that, while we were yet sinners, Christ died for us.

John 3:16 – For God so loved the world, that he gave his only begotten Son, that whosoever believeth in him should not perish, but have everlasting life. 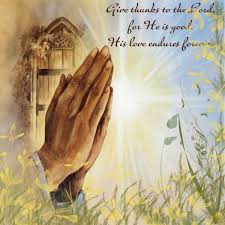 Give thanks to the Lord, for he is good! His faithful love endures forever.

It was midnight on Thursday, February 8, A.D. 356, and Athanasius, a leader in the early Christian church and passionate defender of the deity of Jesus Christ, was leading a worship service. Suddenly loud shouts and clashing armor could be heard outside the church. Soldiers had come to arrest him.

But Athanasius said, “I didn’t think it right, at such a time, to leave my people,” so he continued the service. He asked a deacon to read Psalm 136 and then requested the congregation to respond with the refrain, “His faithful love endures forever,” which they did twenty-six times over the din of the soldiers outside.

Just as the final verse was completed, the soldiers rushed into the church, brandishing their swords and spears and crowding forward up the nave toward Anthanasius. The people yelled for Athanasius to run, but he refused to go until he had given a benediction. Then some of his assistants gathered tightly around him, and, as he recounts it, “I passed through the crowd of people unseen and escaped, giving thanks to God that I had not betrayed my people, but had seen to their safety before I thought of my own.”

Since God’s “faithful love endures forever,” why is there ever any need to worry?

adapted from The One Year® Book of Psalms with devotionals by William J. Petersen and Randy Petersen (Tyndale) entry for November 8

LIFT YOUR HANDS PRAISE YOUR HOLY FATHER BROTHERS AND SISTERS