Who shall separate us from the love of Christ? shall tribulation, or distress, or persecution, or famine, or nakedness, or peril, or sword?

For I am persuaded, that neither death, nor life, nor angels, nor principalities, nor powers, nor things present, nor things to come, Nor height, nor depth, nor any other creature, shall be able to separate us from the love of God, which is in Christ Jesus our Lord.

How have you experienced God’s protection?

He will rescue you again and again so that no evil can touch you.

From terrorist attacks to the abduction of children in broad daylight, random acts of violence seem to fill the news reports day and night. Is anyone really safe anymore? Scripture reveals God to be concerned about and committed to our safety. But to more fully understand the concept of safety, we must recognize who we are — eternal beings wrapped in mortal bodies. While God is concerned about what happens to our body, he is much more concerned about what happens with our soul. Once we have confessed faith in Jesus and the Holy Spirit comes to live within us, he is at work protecting our soul from beings snatched away by Satan. God is concerned about the safety of our physical body, and we probably experience his hand of protection more than we realize. But ultimately, physical protection will come only when we are given our new body in eternity.

For more on this week’s promise, see Shadowed by Jerry Jenkins, Tyndale House Publishers (hardcover 2005, softcover 2006)
In this rapid-fire conclusion to the best-selling Soon series, the law banning the practice of religion around the globe is on the brink of collapse. The tide is turning . . . but personal, family hostilities threaten to end in disaster before the world comes to its senses.

the church is not persecuted so much as ignored. Its revolutionary message has been reduced to a toothless creed for bourgeois suburbanites. Nobody opposes it any longer, because really there is nothing to oppose. JOHN R W STOTT

How have our spiritual ancestors suffered?

Another beast…ordered the people of the world to make a great statue of the first beast, who was fatally wounded and then came back to life. He was permitted to give life to this statue so that it could speak. Then the statue commanded that anyone refusing to worship it must die.

When Diocletian became emperor of the Roman Empire in 284, Christians were encouraged because of rumors that his wife and daughter were believers. And, in fact, during the first nineteen years of his reign, Christians lived in relative peace and prosperity.

On February 23, 303, the day of the Roman feat Terminalia, an edict was posted that ordered all copies of Scripture to be burned, all churches destroyed, their property confiscated, and Christian worship forbidden. The Great Persecution had begun.

In early 304 another edict insisted that everyone in the Roman Empire sacrifice to the Roman gods. Every Christian was in jeopardy. Finally, the years of the Great Persecution ended with an edict of toleration by Constantine in 313. It granted religion liberty to Christians and pagans alike.

“…we decree still further in regard to the Christians, that their places, in which they were formerly accustomed to assemble…shall be restored to the said Christians, without demanding money or any other equivalent, with no delay or hesitation… For by this means… the divine favor toward us which we have already experienced in many matters will continue sure through all time.”

adapted from The One Year® Book of Christian History by E. Michael and Sharon Rusten, Tyndale House Publishers (2003), pp 108-9 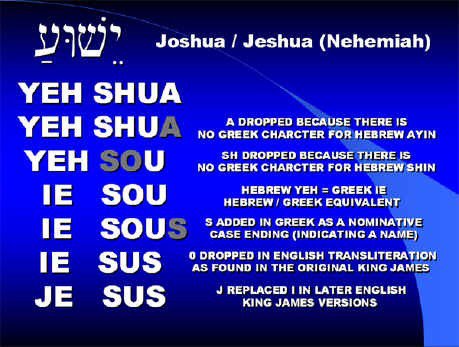 The Shofar will Sound

Behold, I tell you a mystery; we will not all sleep, but we will all be changed, in a moment, in the twinkling of an eye, at the last blast of the shofar (trumpet), the Tikiah Gadolah; for the shofar will sound, and the dead will be raised imperishable, and we will be changed. For this perishable must put on the imperishable, and this mortal must put on immortality. But when this perishable will have put on the imperishable, and this mortal will have put on immortality, then will come about the saying that is written, “Death is swallowed up in victory” — 1 Corinthians 15: 51-54

ISLAM IN THE BIBLE AND STUDY OF DANIEL AND REVELATION…

God so loved the world:

DOES THE LORD HAVE YOUR HEART

The Shofar will Sound

Behold, I tell you a mystery; we will not all sleep, but we will all be changed, in a moment, in the twinkling of an eye, at the last blast of the shofar (trumpet), the Tikiah Gadolah; for the shofar will sound, and the dead will be raised imperishable, and we will be changed. For this perishable must put on the imperishable, and this mortal must put on immortality. But when this perishable will have put on the imperishable, and this mortal will have put on immortality, then will come about the saying that is written, “Death is swallowed up in victory” — 1 Corinthians 15: 51-54

Verse of the Day

“But you are a chosen people, a royal priesthood, a holy nation, God’s special possession, that you may declare the praises of him who called you out of darkness into his wonderful light.”

Revelation 5:5
Then one of the elders said to me, “Do not weep! See, the Lion of the tribe of Judah, the Root of David, has triumphed. He is able to open the scroll and its seven seals.”
Revelation 5:4-6

Peace Upon the Earth

The wolf also shall dwell with the lamb, and the leopard shall lie down with the kid; and the calf and the young lion and the fatling together; and a little child shall lead them.

HEAR THE WORD OF THE LORD

Amos 8:11
“The days are coming,” declares the Sovereign LORD, “when I will send a famine through the land— not a famine of food or a thirst for water, but a famine of hearing the words of the LORD.

Hebrews 12:5
And have you completely forgotten this word of encouragement that addresses you as a father addresses his son? It says, “My son, do not make light of the Lord’s discipline, and do not lose heart when he rebukes you,

For the word of God is quick, and powerful, and sharper than any two edged sword, piercing even to the dividing asunder of soul and spirit, and of the joints and marrow, and is a discerner of the thoughts and intents of the heart.

Is not my word like as a fire? saith the LORD; and like a hammer that breaketh the rock in pieces?

Finally, my brethren, be strong in the Lord, and in the power of his might.

Put on the whole armour of God, that ye may be able to stand against the wiles of the devil.

For we wrestle not against flesh and blood, but against principalities, against powers, against the rulers of the darkness of this world, against…

Prayer:  Dear Father, I pray Thee anoint our ears to hear your Word daily.  Strengthen us to be mindful that you discipline us in Love as an earthly father does to teach a child right from wrong.  Thy Word is as the Fire and purifies what it touches by Your hand. Please Guide us by your Holy Spirit to be mindful daily to put on the full armor of God: The helmet of Salvation, the Breastplate of Righteousness, Belt of Truth,  feet fitted with the readiness that comes from the gospel of peace, Sword of the Spirit(Word of God), Shield of Faith.  Thank you Father for Love, Grace and Mercy. Above all Thank you for Jesus your only begotten Son. Amen